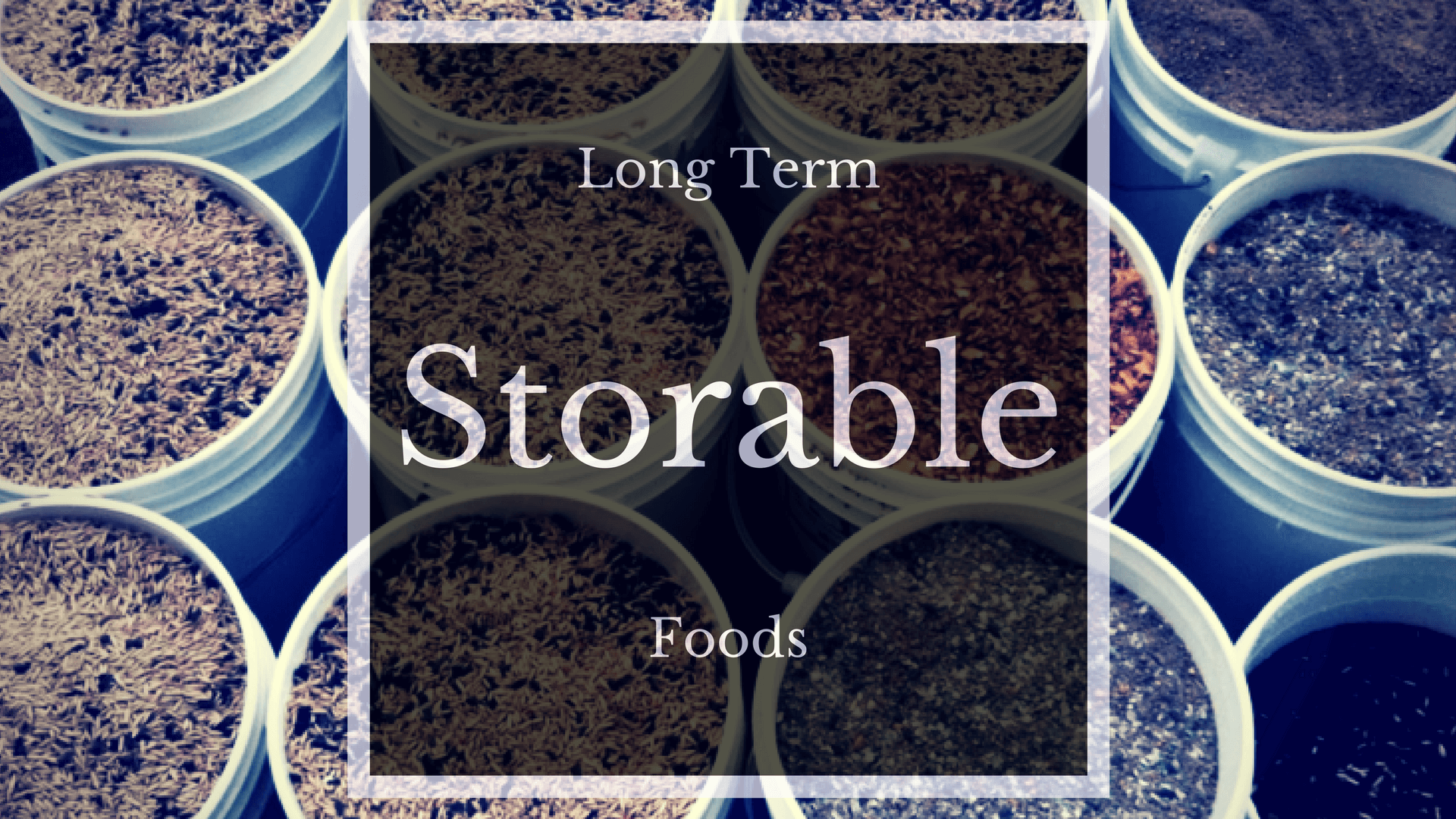 Greg here. Today I will be talking long term storable foods. These are foods that can last for years and we will be starting off with:

Hardtack is a type of cheap, long-lasting biscuit used for sustenance on long military campaigns and voyages at sea.

It’s made of just flour, water and salt and is baked 2-3 times to remove all moisture and can last for years.

It’s so hard that soldiers during the American Civil War would break it up with the butts of their rifles and then add water or coffee just to be able to eat it.

The Minnesota Historical Society has a 150 year old piece of hardtack that they believe is still edible to this day!

Pemmican consists of lean dried meat crushed into a powder and mixed with hot rendered fat.

Invented by Native Americans, it can last for years and it’s traditionally made like this: Game meat like Buffalo or Elk is cut into thin slices and dried, then pounded into powder and mixed with melted fat at a ratio of one to one.

And it was used to survive long journeys where food was scarce.

Jerky made out of beef or turkey can last one to two years depending on moisture level and how it’s cured.

Jerky is meat trimmed of fat which would spoil quickly and then dried and salted to inhibit the growth of bacteria.

MRE or Meal, Ready To Eat is a self-contained field ration used by the military that depending on storage conditions can last anywhere from a month to five years.

They also have front-loading food rotation shelves and emergency kits filled with things like rope, dust masks, waterproof matches, can opener and more.

And it’s because it contains very little water, is extremely acidic and contains hydrogen peroxide.

Despite a popular myth claiming they have an indefinite shelf life Twinkies do in fact spoil.

And it happens after about 25 days- which is a long time in the world of baked goods and it’s because they lack dairy products but much shorter than their purported immortality.

One of the only commercially sold food items that has an absolute expiration date is infant formula because the nutrients deteriorate and it’s actually one of the only food products the federal government regulates regarding dating.

Dates on food refer to either “use by” dates- the date which the manufacturer decides the product will be at its best or “sell by”dates – the date which stores use as a guideline for how long they can display perishable items like meat or milk, both of which are not set dates for which the food will go bad and inmost cases the food will stay edible much longer, especially with proper storage.

Your best bet for knowing when food has gone bad is by smelling and examining it before consuming.

And while a healthy human can survive roughly eight weeks without any food – the shelf life on humans without drinking water is only about3 to 5 days.

So keep in mind that all the corn starch, vinegar and maple syrup in the world won’t help you survive if you don’t have drinking water – and always thanks for reading.