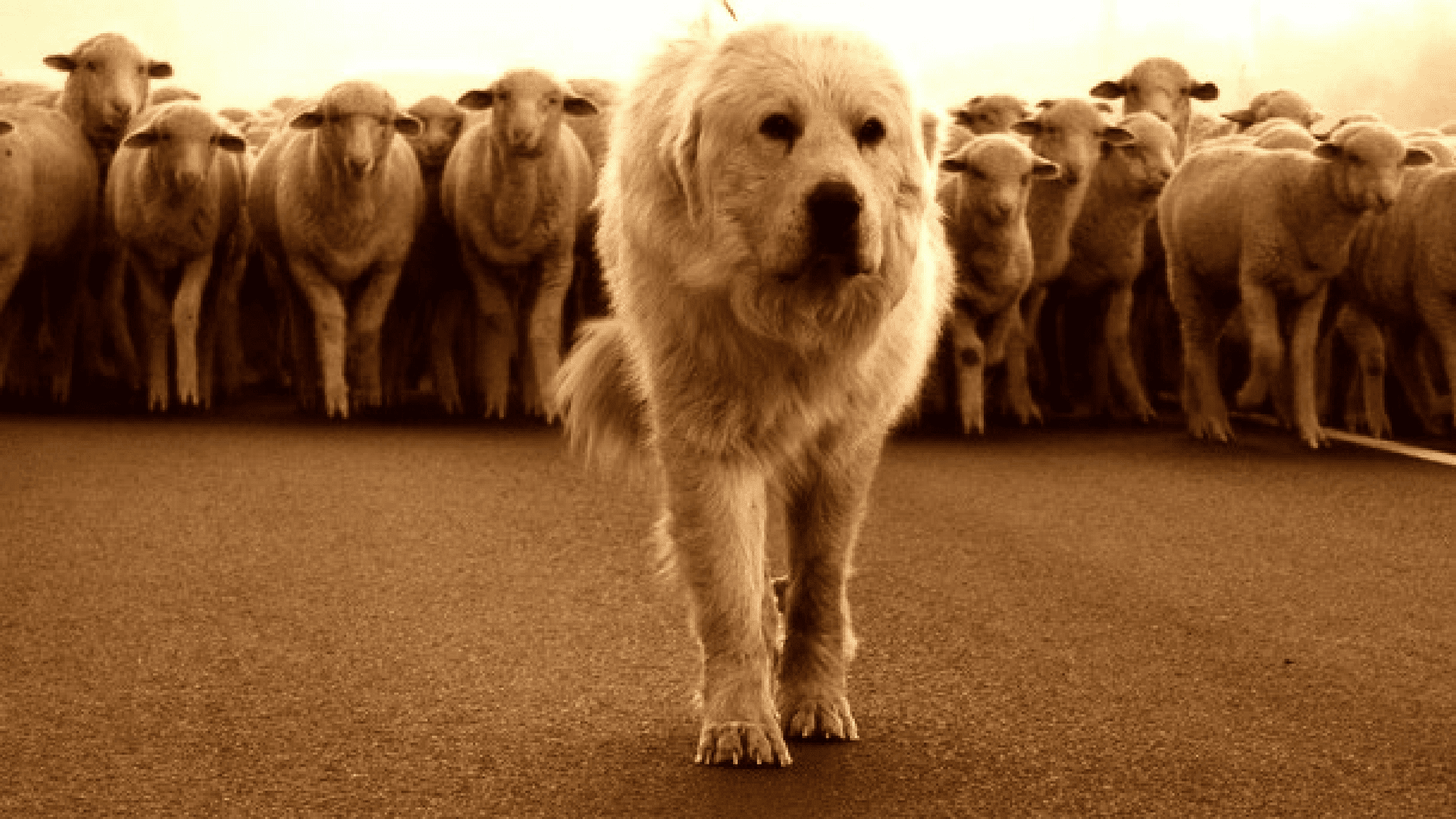 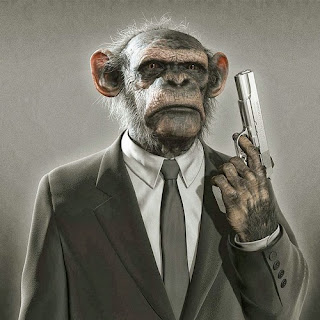 Leadership is a perilous exercise in ordinary times, and one can easily imagine that it can become even more complex in a survival scenario.

In such a context, it will consist in federating and mobilizing the energies of groups of friends and relatives, or even a mixture of the two in varying proportions. For this, there could be established leaders, for example those that naturally existed before the events, such as parents or heads of family.

However, such persons may not be adequate at the appropriate time, depending on their qualities and skills …

In a scenario of chaos more than in any other situation, it is essential that there be a leader and that there is only one, in the same way that there is only one captain On a ship, including the largest warships. The aim is to allow decisions to be made and executed without being paralyzed or challenged by arguments, debates, and contrary opinions . This prerequisite is indispensable; Do not imagine being able to live in a community without a leader, like those that the Hippies had dreamed of in the 70’s; We know what they have become.

In the same way that dictatorship is always preferable to anarchy, it is even better to have a bad leader, A headless group subject to the diktat of individual impulses and divergent interests. Certain communities that are seen to flourish in our days and who advocate the exit of the system by a return to the land proceed from the same leftist and mortifying utopia. While the original intent is valid, it is nonetheless true that such communities without real leaders, even if they achieve real material autonomy, have no chance of surviving in a scenario of chaos The mortal perils that flow from it.

In peacetime, the lack of direction and long-term vision condemns them to vegetate in their tomato square, without real possibilities of extension or development; In time of war, it condemns them to disappear or to pass under the cut of the enemy, in the best case.

As for the draw, there are hardly any dark teachers, seventy-eight ecstacized to boast of the merits. In ordinary times personal abilities vary considerably among individuals, and some are undeniably better than others in particular areas. Not wanting to take into account the natural competences of each is an aberration that comes under the same intellectual stupidity. Either way, it is a fact that in severe crises leaders emerge naturally, especially those that were not expected or had not been established as such.

Moreover, the very idea that the drawing of lots can be considered as a lesser evil or even a solution shows, if need be, A state of chronic failure of the system and the perniciousness of our leaders.

In the kingdom of the blind, the one-eyed are definitely the kings … On the other hand, we must also keep in mind that the people we will have to do in a collapse scenario will be civilians, absolutely not obliged by The Code of Military Justice. As a result, anyone who is expected or appointed to be a leader should have the trust and respect of the people who make up the group, at least in the most important areas. The lack of a leader’s natural charisma is one of the safest elements to break a community and lead to its loss. We are dramatically well placed to know … 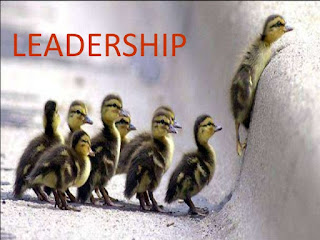 There are three components in performing a task. They consist of the needs of the mission, the team, and the individuals who make it up. These different notions can be conflicting, and must therefore be managed according to priorities. It is in this capacity, among others, that the true leaders are recognized.

A group will be composed of people with different qualities and needs. Ideally, when the time comes, the leader will act exclusively in decision-making. Depending on the situation, there are decisions that must be made and taken immediately. The group will then have to understand and act cohesively to do what needs to be done. This is particularly important in emergencies, for example when escaping an imminent danger.

In other circumstances, seeking advice from other members of the group might be useful. Those you have under your orders will feel that they are really part of a group, and that they contribute to it. The work of the leader will then take into account the different opinions, then reflect on them, and finally draw a decision and a plan. These can be submitted to the group for final approval and then implemented with the active collaboration of each.

Some types of individuals are not made to work as a team, In our modern society characterized by an exaggerated individualism, egoism and idleness. Whenever possible, it would be better to avoid integrating such persons into the group. If you can escape it, because they are part of your family or loved ones, then you will have to do with, trying to ease their egocentric tendencies as much as possible.

Also note that such people, if they have good reasons to prefer to work alone, could also be useful. The leader must be able to gauge individuals, and know how to differentiate between fundamentally independent but competent specimens, and those intrinsically selfish and wankers. The former may be sent alone as scouts during reconnaissance missions, or even in tactical operations when the mission requires or permits. 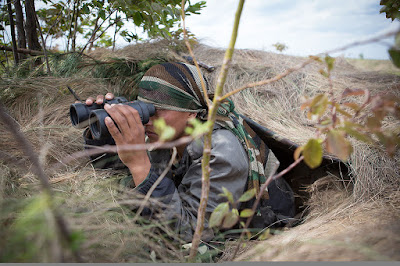 In a scenario of chaos, it is not only the security as well as the tactical capacities that interest us, but also the way of life and to reconstruct. From there, we live in a small community that has multiple and varied needs. We’re not just a team on a mission, so it’s not as simple as a battle group. If you are the leader, you will need to use personal talents by letting people specialize where they are good. Delegate areas of responsibility to selected group members, and let them develop their own teams. Afterwards, let them manage their staff and command in their sphere of influence. 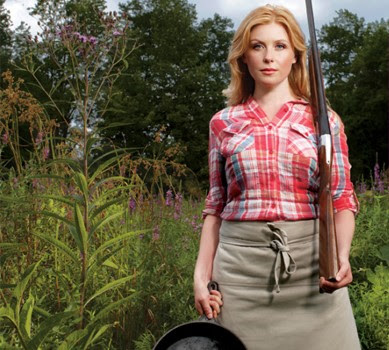 There is no need here for sexism. We all know that both men and women can be selfish and unnecessary in our modern world, but there are, nevertheless, natural differences in capacity between individuals and gender. Consideration and respect for women’s opinions could add a fair amount of balance to the decision-making process. In fact, it is not so much the sex of the people, but rather the respect of the opinion of the most sensitive ones. Listening to them will help you manage the group members who might not be “perfect” elements, either because they would be more concerned about themselves, or perhaps led to panic and irrational fears.

As a leader, You will have to remain humble and worry about the group rather than yourself. It’s the same as being a parent, and you could actually find yourself as a father in charge of a “family group.” The command position will give you wings, which is another way of saying that leadership will bring you extra energy because you will be focused on the strategy and its implementation, and will have the will to see the different missions conducted at good.

Do not forget that other members of the community may not have the same motivation … A group of civilians will also be composed of people of different ages, physical possibilities and health conditions. Consequently, these different needs will have to be considered. Be sure to push the people on your team when necessary, but without dismounting them. You will gain their respect if they see that you are humble, competent, and just. It has nothing to do with being nice. Kindness is good, but being loved as a friend is different from being respected as a leader. I personally believe that as part of managing a team, feelings matter less than respect. Or, in another way, it is better to be respected rather than loved. In any case, that is the way I see things in terms of human relations applied to crisis situations.

Put the needs of your team first ; Make them eat first, And eat yourself last. Being a leader has nothing to do with being either a warlord or a tyrant, and pulling the blanket at oneself. Your troops first, then you.

Make meaningful and reasoned decisions, and treat all members of your team equally. At the same time, do not neglect either; Make sure you eat and rest enough. You will not serve your team if you kill yourself, and the mere fact of working more than reason is not a virtue.

Having a good command team will give you second-class leaders who will support you in your work. You must therefore ensure that you delegate to the right people, So as to have a command structure that allows you to free yourself from the secondary tasks. However, do not forget that as a leader, you will ultimately be responsible …