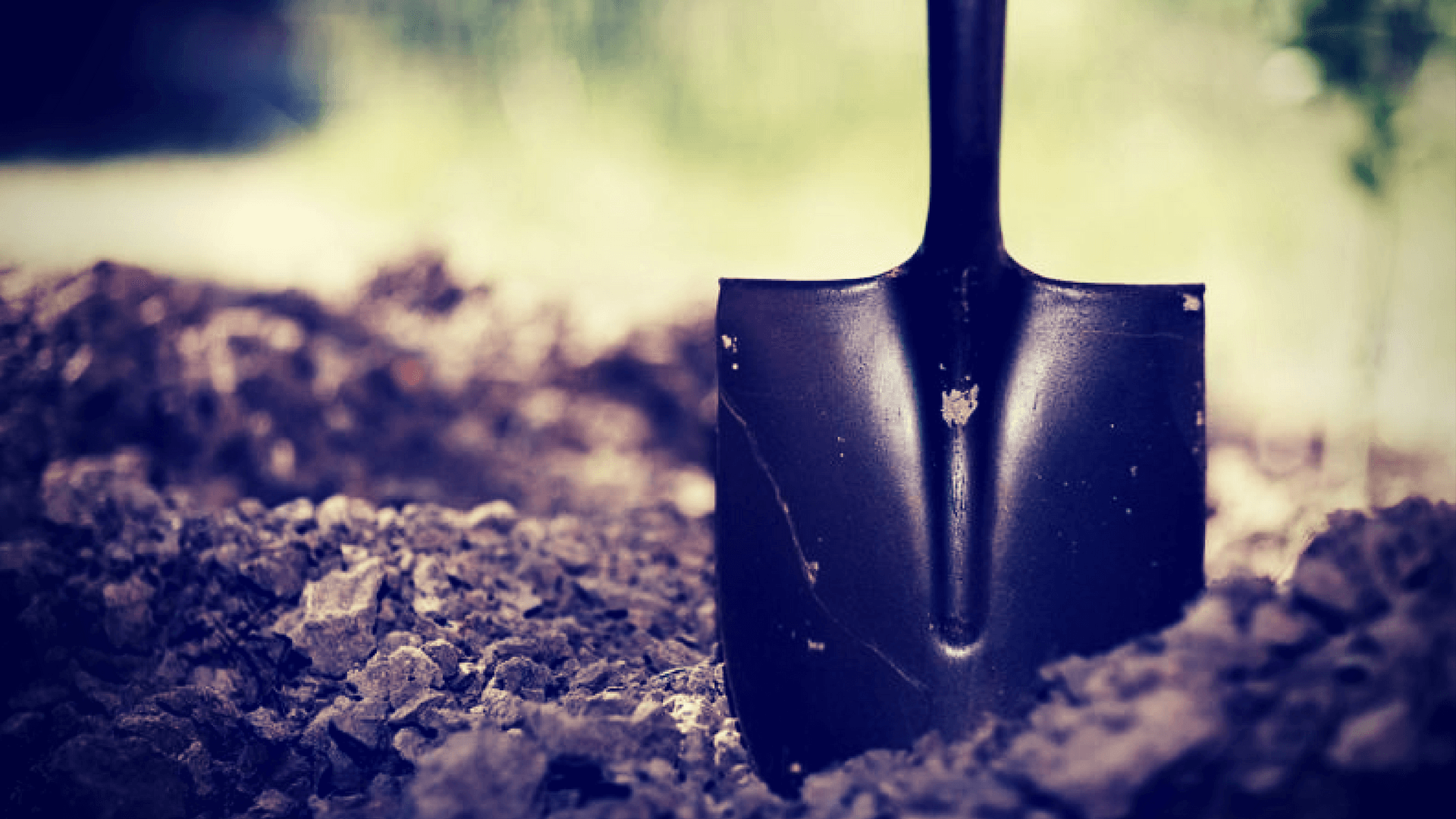 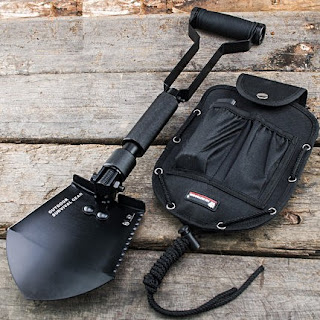 I know that many survivalists like shovels and could not consider an escape bag without this tool.

On the merits, they are not really wrong. Even if there are certain circumstances in which the shovel is of no use, there are others where such an instrument could save life; It is probably not for nothing that it is part of the regulatory package of many armies around the world.

Like it or not, “Shit happens”; That day, one could regret not wanting to encumber himself with an instrument yet heavy and voluminous …

When it comes to making the backpack or preparing for the Big Day, we sometimes hear the following reflection: “We do not need a shovel, we just have to use A stick or a stone to dig when the time comes. Taking a shovel is just a waste of space and it’s too heavy. ”

What is the situation? In this article, we will study the various survival hypotheses where a shovel would be of undeniable utility.

Military shovels are really important trench tools and should be taken into account when designing an evacuation bag. In any case, you should always have an army shovel in your vehicle,

Table of Content hide
Shovel history for survival
What is a modern military picker shovel?
The 10 uses of the foldable shovel in a survival situation
1. Dig a shallow hole in a few minutes … and hide from the enemy
2. Use a shovel as a weapon of last resort
3. Bury the dead with a trench shovel
4. Digging latrines
5. Cover his tracks
6. Avoid infections due to cuts
7. Safer campfires
8. Clear a stuck vehicle
9. A shovel as a ream
10. Start a fire

Since the time of the Romans, shovels have been regarded as important tools of war, war being the ultimate survival situation. When a Roman legion went to a new territory and had to set up a camp, it dug a ditch and fortified all around. Each time they besieged a fortress, the Romans dug beneath the fortifications in order to cause the walls to collapse; They were even reputed for that.

I do not need to go into details about using the shovel picker to dig pits and latrines in the wars of the 20th century. All of this is very well documented and everyone has heard of trench wars. Nowadays, Australian and New Zealand soldiers are still called “diggers”

Australian Diggers on the French Front in 1918

What is a modern military picker shovel?

The military shovels are “swollen” shovels, the same way one might say the same thing about a Unimog compared to other trucks. They have so many characteristics that the real question is more about what they can not do than the reverse. Of course, their main function is still to dig holes, but they have evolved enormously and offer for other uses.

These picks are very robust, being generally made of aluminum or steel. They are lightweight (about 1 kilo), and fold up so that they can meet the requirements of someone who would like to include it in an evacuation bag or keep it in their vehicle. We will detail the various uses,

The 10 uses of the foldable shovel in a survival situation

1. Dig a shallow hole in a few minutes … and hide from the enemy

Sun Tzu, the famous Chinese philosopher, declared that “Every war is based on cunning.” Let us not be mistaken, if chaos really falls on us, people no longer have water or food, and criminals are not kept at arm’s length by the police, then we will all In a war zone.

If people turn into zombies, and they come after you and your family into the forest, you can always dig a shallow trench in a hurry, jump in it and cover yourself with foliage. In this way, you can hide from passing aliens very effectively. You might even end up sleeping if necessary. From there you can wait until the danger is removed, or the time has come to strike.

2. Use a shovel as a weapon of last resort

Shovels do not only dig holes; They can also be used as weapons. Most modern shovels offer a sharp edge so they can serve as an ax. This means that, if necessary, you will be able to swing it not only against a tree, but also on someone who would try to take your life.

In this way they are also effective for cutting flesh and bones … Soviet Spetsnaz units were the first to train for shoveling. Some have even made their specialty, and it must be admitted that their expertise is downright bluffing. Of course, this requires serious training, but the result is very real. Now,

During the Second World War, the Germans and the Soviets used trench shovels in close combat. Such a tool can be used to push as well as to chop, like a mini ax of weapons (you know certainly the ax of arms that one sees on the images of the Swiss guard). The ax of arms was the pinnacle of close combat weapons until the advent of gunpowder. The reason was simple, it had a good range, could stab as well as chop, and could also serve as a hammer / mass to carry mortal blows to knights clothed in armor. A spear can only stab, an ax, only cut. That’s why a trench tool that can do both is a practical weapon.

3. Bury the dead with a trench shovel

Of course, the hypothesis is not very happy and nobody likes to think about it, but if chaos falls on the corner of the face, then we will necessarily find ourselves in a situation where we have to bury someone. Let’s just hope it’s a bad guy and not a member of our own family. It could still be incinerated, which is even more disgusting. Many people refuse cremation, or would not want to be cremated.

One way or another, you will have to get rid of the body (s), or leave somewhere else. I do not need to go into detail about diseases that can be transmitted by a rotting corpse, not to mention the psychological problems of knowing that ” A dead man is close to our bed. It would take an eternity to dig a grave sufficiently large without the aid of a shovel. Not only can you put yourself in danger by staying too long in the immediate vicinity of a corpse, but in the same way, taking too long uncovered to dig a pit.

It is not usually the large pests (whether human or animal) that you will harvest if you do not dig latrines, but the small ones: microbes, parasites, diseases … If you do not put in a proper sanitation, You run the risk of attracting insects carrying pathogenic germs. Once infected, you enter a world of pain … The option for camp latrines is much more hygienic, especially if you cover your waste so that the insects do not invade them, and possibly spread some dirt in the air.

By burying your waste or leftovers, you will be much harder to track down in the event that someone is chasing you. To this end, nothing is worth a good shovel; It will allow you to easily conceal any trace of passage.

6. Avoid infections due to cuts

You are much more likely to cut yourself or be bitten by some critters if you do not wear gloves or dig a hole with your hands. There could be spiders, snakes or other hidden at the place you are trying to clear. The more you keep your hands away from this place, the more you will be safe.

If you live in a dry area where forest fires are frequent, it is always best to dig a hole for a campfire and clean the surrounding area. In this way, the fire will be much less likely to spread. A hole also has the advantage of protecting the fireplace from too much wind, and, at the same time, a direct view (attention to smoke). This also means that you will burn less wood (thus less “chores”). Anything that can save energy in a survival situation is good to take. Just make sure the dug hole is not near roots, as fires can start from there; The process may take several days, but these things actually happen.

It is obvious that it is always worth recalling. If you have to evacuate to your base back, or you have to escape from people or civilization, the last thing you would want it to happen would be to get stuck with your vehicle on a bad country road. In this case, a shovel can be used both for digging and backfilling under bogged wheels. 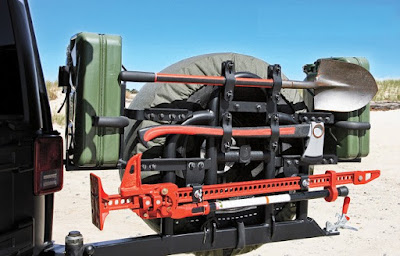 If you have to cross a river, pond or other in the emergency, and you do not have time to make oars for your boat, you will still be able to use your shovel for that purpose. You can secure it to a branch to get a better range if needed.

Fire is one of the most important elements when passing into survival mode, forced or not. Some models of excavators include a magnesium bar – firesteel – which can be used for this purpose.

These ten ways of using a military shovel are not the only ones. There are many others, which the practice and the necessities of the moment will be able to teach you. In general, we can count on a survival shovel to:

– Hammering
– Opening a bottle or jar
– Cutting
– Digging
– As an anchor
– Like a hook
– Like a peak
– As a grab for climbing
– As a machete for lightening vegetation
– For digging passages
– For burying waste
– As a weapon defense
– to dig buried homes
– As guardian when landscape shelter
– to extinguish a fire
– to remove nails
– As measurement unit (some models have a graduated side)
– As a forcing tool (to open Doors and windows closed)
– Etc.

It is up to you to judge now, Based on all of the above, if buying a military / tactical shovel seems to be a good investment worthy of your package. For if the weight of this equipment in particular is not prohibitive, it will be as many hundreds of grams that will be added to the rest. However, it must be recognized that it is the kind of instrument that, depending on the circumstances, can transform a survival situation from one disaster scenario to another one of productivity …