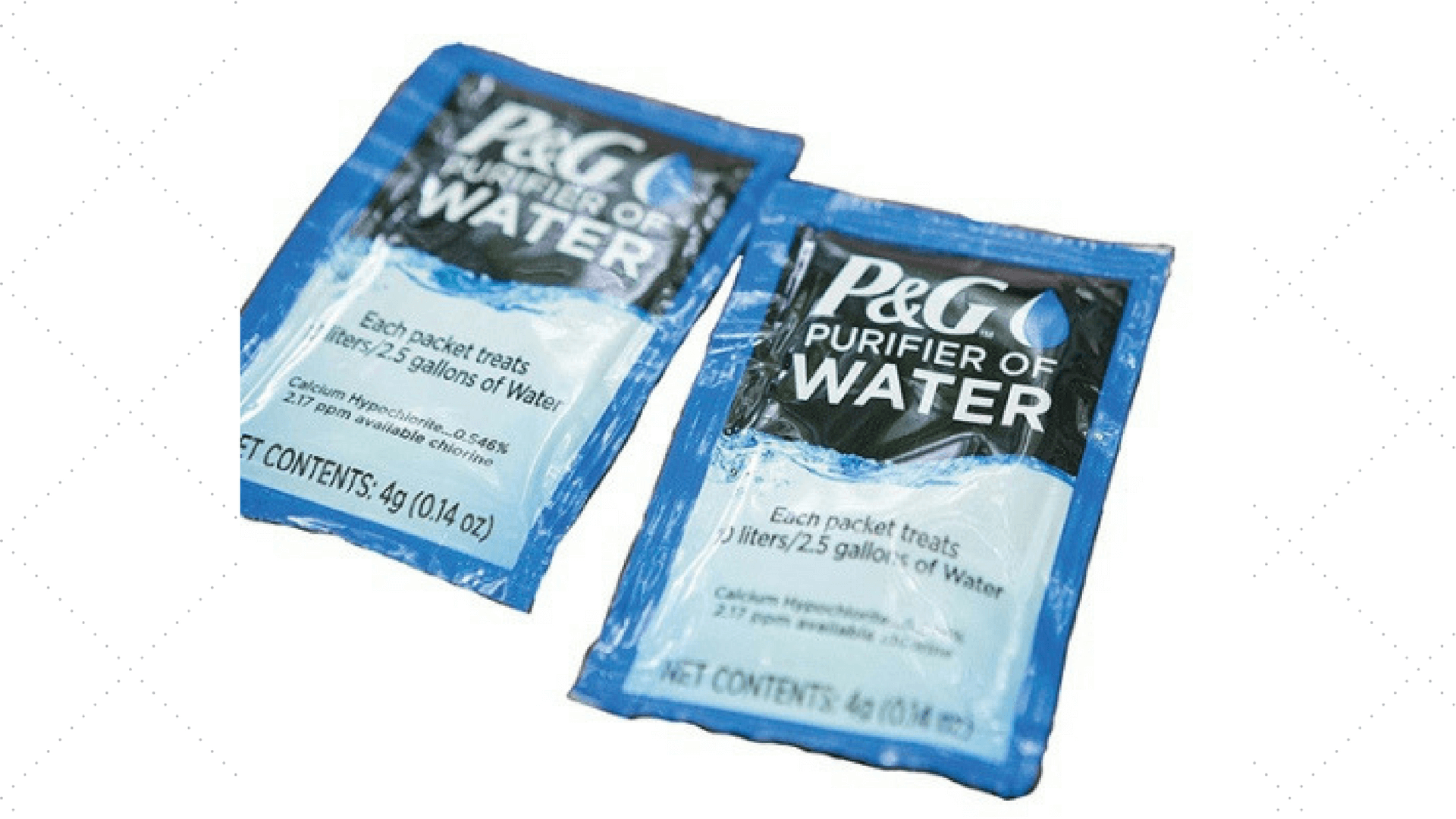 You know all about bottled water, purification systems, filters and more. You have also heard about what happened in Flint, Michigan and know that there have been conversations for years about whether or not it’s safe to enjoy drinking water. Just think about less developed countries and the problems they have run into with drinking water. It has likely all been enough to keep you from drinking water straight from the tap, at least on most occasions.

However, even if you handle your water a certain way at home, you can run into situations on the go that might not allow you to be so prepared. Or, could you still be that prepared on the go, and at home for that matter? You can be with the P&G water purification packets. You can buy these and use them to purify drinking water. Now don’t those just come in handy.

Of course they have to be cheap if they are going to be individual servings that replace bringing bottled water along for the ride. That’s one way to look at it. Folks, bottled water as a product first of all is bad for the environment. That plastic bottle can be exchanged for a purifying packet in that sense, so that’s another way to look at it. There are situations where you might also not have the room to pack the bottled waters. Think about how these packets can come in handy for hikers and campers.

Your family camping vacation might not be set with just those packets and no other beverages, but you get the idea. They are good for survival, and if you think about it, they can help out those less fortunate countries as well. Of course, you see efforts to dig wells in less fortunate countries for the long term. Where else and for what other reasons do you see these P&G water purification packets coming in handy?

You are probably still wondering about the costs and the specifics you don’t know. Do they have anymore advantages? In bulk form, you can purchase the packets at just above 40 cents a packet. Does that make it worth it, or do you still need to be convinced? In my environment, they would really come in handy. I could get a pitcher with a filter or a water purifier for the tap. I could also buy bottled water, but I live in a vacation style oceanfront condo. The whole simplifying the water drinking experience on the 12th floor just sounds like a plan.

To be honest, it is out of my price range for a daily water drinking habit though. It seems like given that, it would in most cases be used for convenience, emergencies and out of the ordinary situations. The times out traveling were mentioned earlier, and that is always an idea. It really depends on how you see yourself using them for drinking water. Just in case you were wondering about the packets, they actually purify over two gallons of water each, so while the bulk case of 240 might be a hundred bucks, that’s over 500 gallons of drinking water.